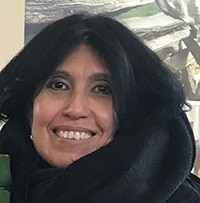 Ms. Carmen Rosa received her Master in Science degree from the University of Puerto Rico and currently works at the Center for Clinical Trials Network, within the National Institute on Drug Abuse (NIDA), National Institute of Health (NIH). NIDA started the National Drug Abuse Treatment Clinical Trials Network (CTN) in 1999 and has conducted over 50 multi-site research projects with drug using individuals, including pregnant women. She has been an integral part of the CTN since its start in 1999, and had various roles in the network research agenda as well as study management and implementation. In addition, Ms. Rosa is involved in the inclusion of women and minorities in clinical research and participates in different NIH, NIDA and network special interest groups.

Currently Ms. Rosa is the Scientific Officer for a study titled “Medication treatment for opioid use disorder in expectant Mothers (MOMs): a pragmatic randomized trial comparing two buprenorphine formulations”. This study is in planning stage and plans to start recruitment in 2019.