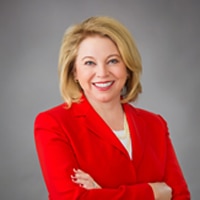 Dr. Conry was the 64th President of the American College of Obstetricians and Gynecologists, a membership organization representing over 57,000 practicing obstetricians and gynecologists. She has led guideline development and national policy on the important role of Reproductive Health and the Environment and was awarded the U.S. Environmental Protection Agency Pacific Southwest Region Children’s Environmental Health Champion Award. She is leading the Women's Preventive Services Initiative, a national collaboration to define and implement optimum women's health services across their lifespan. She has led efforts on Quality and Safety in Maternity Care through improved standards and responses in high-risk obstetrics. For 28 years, Dr. Conry was a practicing obstetrician gynecologist at Kaiser Permanente (KP), the largest health maintenance organization in the United States. She served in a leadership capacity as the Assistant Physician-in-Chief for KP's Sacramento Roseville region. She developed the Women and Children's Center, the largest obstetric delivery service in KP.